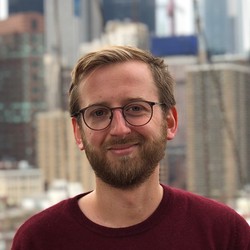 I am a Ph.D. student at Free University Berlin and Berlin School of Economics, as well as a research associate at the Public Economics department at DIW Berlin.

I studied economics at HU Berlin, University of Copenhagen and Leuphana University. In fall 2018, I was visiting the Center for Experimental Social Sciences at New York University.

Sin Taxes and Self Control with Sinne Smed, November 2019. (PDF)